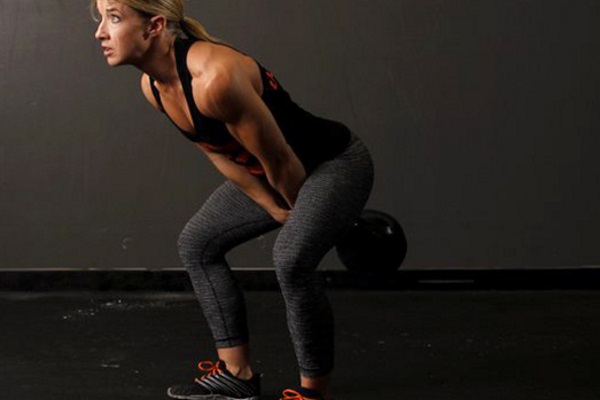 Are You Using These Great Gym Tools Incorrectly?

1.  The Kettlebell
Smart Use:   Swings

The swing is a versatile movement and is best performed with a kettlebell. The swing can be used with high-reps for conditioning or lower reps to build explosive, posterior-chain power.

There’s no other implement that provides a pendulum action as well as a kettlebell, though a dumbbell will work in a pinch.

How many people do you know who enjoy bruising their wrists? Please hold as I tally. Grand total? Zero.

The kettlebell hinges down and slams into the wrist on the catch portion of the snatch. Sure, there are ways to soften the impact, but proficiency means more weight, and more weight means darker bruises.

Just because you can perform an exercise with a given tool doesn’t mean it’s optimal. Kettlebell snatches are certainly a thing, but they don’t make much sense.

Depth jumps and shock jumps require the nervous system to produce more force faster. Hopping off a box and forcing the body to decelerate the acceleration from gravity takes personal intensity out of the equation – the muscles have to fire to do the job.

Don’t do box jumps. Why? They mostly just demonstrate your current jumping ability and hip mobility. A missed jump means an awkward fall to a hard floor.

Box jump reps are better spent as depth or shock jump reps. Plus your gym probably doesn’t even have a 36″ box, and stacking bumper plates is dangerous.

You’ll see D-1 and pro football players box jumping all over the web, and they may benefit from them, but if they miss and fall they’re probably athletic enough to land like a cat and not tear their ACL.

The average lifting enthusiast is pretty un-athletic, and having abs says little about athletic prowess. Young athletes are usually just athletic enough to hurt themselves.

Likewise, most of the people in the gym box jumping are clumsy enough to hurt themselves as they approach challenging box heights.

By roll-unders, I mean any core exercise or hamstring exercise in which the user curls or rolls the ball beneath the body.

Some of the best exercises for the abs and hamstrings are of this nature, including stability ball hamstring curls, stability ball pikes, rollouts, pot-stirs, and the like.

Most stability balls have an anti-burst feature, which means they’ll slowly deflate if punctured. But if you’re bench pressing with a stability ball as your bench, you’re one pop away from eating a pair of dumbbells.

Freak accidents can’t always be prevented, but having an air-filled device support anything more than bodyweight is asking for a disaster.

Compound lifts are the best way to get really strong, so using a barbell for heavy press, row, deadlift and squat variations will provide the best bang-for-your-buck, no matter the strength goal.

And, for those just starting out, a foundation will be best laid by compound barbell lifts. The barbell is the best single tool for developing strength, especially for novices.

Olympic bars don’t allow your hands to pronate and supinate naturally. Doing them monopolizes a precious power rack in a commercial gym.

You’ll probably get a better pump from a neutral grip rather than a supinated grip. And the barbell takes excessive time to load compared to smaller bars and dumbbells.

Aside from the anatomical reasons above, it’s just a waste of time, energy, and someone else’s power rack to use a full barbell for curls. Stop. Thanks.

It’s fine to go heavy with thick grips when you’re keeping the elbow extended, as in loaded carries or static holds. This gives the forearms one job: squeezing the bar.

If you can find the right balance, thick grips mean bigger and badder forearms and biceps, but if you go too hard you’ll find yourself with a torn forearm muscle and/or painful elbows.

Because the forearm flexors span the elbow joint, they play a role in both flexing the wrist and the elbow. When you grab a fat bar or grip, the hand can’t completely close, which means the forearms are trying as hard as they can to keep your hands from slipping.

When you then add the task of helping to flex the elbow joint, muscle tension and stress go through the roof. This is a great way to tear a forearm muscle or come down with tendinitis.

Pull-ups with rings are awesome. They allow the hands to rotate naturally without being fixed in place, like the straight bar chin up.

When performing pull ups with free-floating handles, you’ll notice that you lose a few reps from the straight bar on account of your core, forearms, and back being challenged more by the unstable grip.

For beginners, horizontal “inverted rows” are a good, self-regulating exercise to teach good rowing form and to develop the back.

Dumb Use:   Free-motion exercises and long-term use

Certain exercises, like the suspended knee-in, feel comfortable with a suspension trainer. Just like a machine, the strap can only move in a fixed range of motion – an arc. So, many exercises where the feet are placed in the straps don’t feel the way nature intends. A stability ball or set of sliders can be a better alternative.

Though they’re great for beginners, inverted rows end up limiting your progress in the long run. This is because it’s difficult to progressively load what’s basically a bodyweight row against gravity.

Once a person gets pretty close to horizontal on an inverted row, scrap the exercise for a barbell, dumbbell, or cable-type row on which you can track resistance.

It doesn’t make sense to add weight to the body (vest or chains) for the inverted row when you can use a different tool like a barbell.

The best use for a foam roller is on the following basis: As-needed.

The foam roller is a tool to help massage tight areas and break up knotted muscles. But not all of your muscles are tight, and not all of them are as knotty as you think they are (or as the latest mobility guru tells you that they are).

Remember that we got along for a half-century without spending 20 minutes of our day wriggling on the ground over a pipe.

There are many excellent mobility exercises that require a foam roller, but as a self-massager and mobility tool, it’s vastly overused. Where’s the evidence that it’s increasing performance in any proportion to the time we spend using it?

Your muscles aren’t knotting up on a daily basis. You aren’t getting a benefit from using it every single day for 20 minutes to get loose. And for some joints and some sports, being tight is a good thing.

There’s certainly a place for myofascial release, but we aren’t that broken where we have to be massaging ourselves that often.

Stop foam rolling for two weeks. See if anything really changes. See if you can do the same things without it that you did with it. Most likely you can. Scrutinize the correlation between foam rolling and how you perform tasks that matter to you.

If the foam roller and other self-myofascial release tools build mobility that disappears overnight, is it really building mobility at all?

8.  Your Body
Smart Use:   Jumping and sprinting

For athletes in most sports, the point of strength training is to improve power output in an athletic movement. This means doing something faster, like swinging a bat or racquet, throwing an object, running, jumping, etc.

Dumb Use:   Squatting and lunging

Every trainer has whipped up a brutal bodyweight complex that involved a million reps of a bunch of exercises circuited together with no rest that can reduce big men to tears.

But there’s no real long-term adaptation that’s best achieved with bodyweight exercises. Even when I teach foundational strength training to 8-year-olds, bodyweight squats wear out their welcome pretty fast.

To keep the body progressing toward strength, physique, or athletic goals, we need to add resistance.

For those that don’t have a naturally awesome (insert body part), bodyweight anything won’t change it. That’s because bodyweight becomes easy for everyone almost immediately. Progressive overload and hard work is always the right step to improving physique or performance.

You build leg strength primarily through squatting and deadlifting exercises. You build explosiveness through bodyweight jumping and sprinting. But you shouldn’t use sleds for either of those purposes.

I use sleds a lot, but primarily as a toughness-builder for young athletes and soft adults. Pushing a heavy sled burns fat, builds the legs, and increases conditioning and mental toughness.

Basically, if you’re soft and push a heavy sled a lot, you’ll become a lot less soft over time. It’s a lot like forcing a kid to do chores on the family farm.

First, humans don’t sprint like that. Sure, it provides triple extension at the leg and a low body angle, but a sled sprint is nothing like a real sprint.

It looks a lot like the way people move when exiting a helicopter – awkwardly, with head down to avoid decapitation. If you sprint with a Prowler and don’t feel awkward, you probably haven’t actually sprinted in a long time.

Second, sled sprints aren’t sprinty enough. If the goal is to increase sprinting speed, going 70% of your normal speed in a weird body position isn’t going to push your 100% to 101%. Part of the reason is that pushing the Prowler prevents any arm swing, which greatly limits speed.

So if we’re taking all the weight off the sled so we can actually sprint with it, why not just actually sprint, or sprint with a harness and pull a sled behind us? Both are options that will allow a normal gait and are thus better choices for increasing top speed.

Chains are great for loading joints near lock out. Most specifically, adding load to the top of the squat and pressing movements can be a joint-friendly way to get a better pump and break plateaus.

The traditional use is to add chains to squats and deadlifts to force the lifter to move faster through sticking points. Westside advocates lower percentages of chain weight to bar weight to make sure the focus is on speed.

But we can also use chains simply to place more load on the quads, for example, in the squat. This can mean going beyond what Westside might recommend for percentage of chain weight, but that’s okay.

I’ve used them in the front squat to help me strengthen my core and upper back, forcing me to stay erect at the top with heavier weights than I could handle in the hole. This is a non-traditional use that helped me break through a plateau that was caused by relative weakness in my core and back.

And exercises such as push-ups and triceps presses can be loaded more as the elbow extends, which increases the triceps pump while being more joint-friendly.

Dumb Use:   Push-ups
It’s harder to find a dumb use for chains because they’re really versatile, but one exercise you should get away from is chain push-ups, for two big reasons:

The push-up is the best foundational horizontal pressing and core strength movement. And when you get proficient at it, move on to bench press variations to make strength gains.

Chain-weighted push-ups may add variety, but they don’t make much sense for long-term strength gains. They’re like a goblet squat: at a certain point, we need to grab the big-boy barbell to get where we want to go.